What Ever Happened to Baby Jane?

The quilt, not the movie (although I love both). Some of you remember my fateful “Dear Jane” saga with her wavy borders. If not and you are a gluten for punishment you can read about it (here) .
Both “Half Baked Jane” 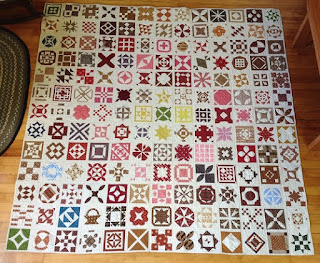 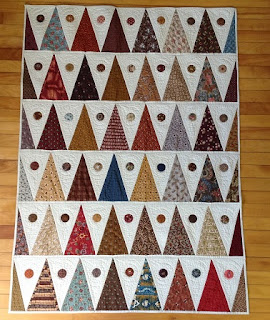 have been lying around collecting dust for months. My friend, Laurie LaBar (Chief Curator of History and Decorative Arts at the Maine State Museum), came by a few weeks ago to look at some of my quilts for the possible inclusion in an upcoming exhibition. She liked “Half Baked Jane” for a number of reasons (visually and culturally) and made the comment, “it’s too bad it doesn’t have a border on it”.

Laurie is one of the sweetest people I know and she would never have said this if it wasn’t true! I realized the quilt really looked “naked”. So, here is her new suit of clothes. 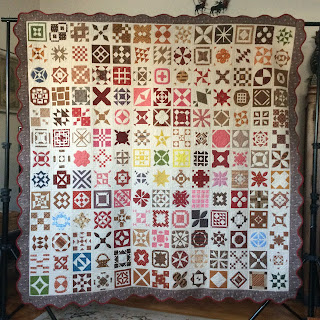 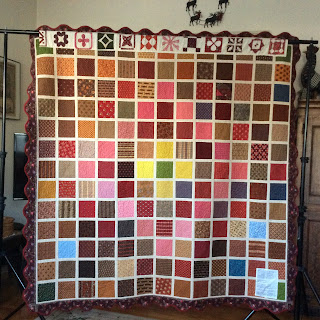 I promise there will be no more alterations!
Oh, and Laurie decided (and quite rightly so) that it should now be called
“Twice Baked Jane”!
Posted by Wendy Caton Reed at 10:58 AM

For scraps of fun! 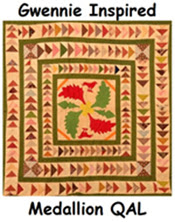 Stars in a Time Warp

Wendy Caton Reed
Bath, Maine, United States
I am a wife, mother, grandmother and quilter, who manages to quilt a little bit every day to keep my sanity.